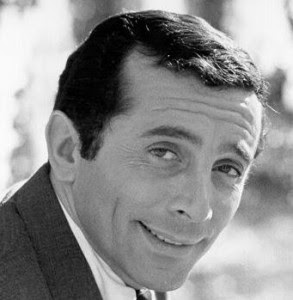 With the holiday season quickly approaching, it is time to offer a new installment of our Bandstand Christmas Essential series, which we publish every December. This time we take a look at a Christmas album that usually slips through the cracks whenever Yuletide records are discussed—Al Martino's A Merry Christmas, cut for Capitol in 1964.

These days, Italian-American crooner Al Martino is mostly remembered for his role as Johnny Fontane in the 1972 Francis Ford Coppola movie, The Godfather. That role went a long way toward revitalizing his career in the early 1970s, but by that time he had been in the music business for already two decades, which were admittedly full of ups and downs. Born into a working class family in Philadelphia in 1927, his real name was Alfred Cini, and he was inspired by his childhood friend, Mario Lanza, to pursue a career in music. With that goal in mind he changed his name to Al Martino and moved to New York City, where he signed a record contract with a small label. His recording of the ballad "Here in My Heart" in 1952 became a sizable hit on both sides of the Atlantic, and this led to a contract with Capitol. Unfortunately, it somehow also got him in trouble with the Mob—or at least so the story goes—and Martino was forced to settle down in England for a few years, where his career advanced slowly. 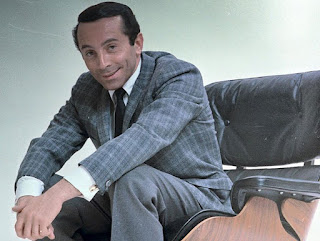 By the time he returned to the United States in the late 1950s, rock and roll had changed the music business forever, and the careers of smooth-voiced crooners like Martino were suffering greatly from this change in popular taste. But then Nashville came to the rescue: in 1963 Martino recorded the Leon Payne country ballad, "I Love You Because," and all of a sudden he was back on the charts, and for a few years he continued recording pop versions of country tunes with great success. His biggest hit, though, was not a country song, but a vocal version of Bert Kaempfert's "Spanish Eyes," which he cut in 1966, and which remains the song most closely associated with him. His 1972 appearance in The Godfather also resulted in a record hit, "Speak Softly Love," that classic film's theme song. From then on, he seldom returned to the charts, and by the 1980s he was concentrating mostly on live appearances. Martino, whose elegant vocal style owed much more to Perry Como than to Al Jolson—his two foremost influences—passed away in Springfield, Pennsylvania, in 2009, just a few days after his 82nd birthday. 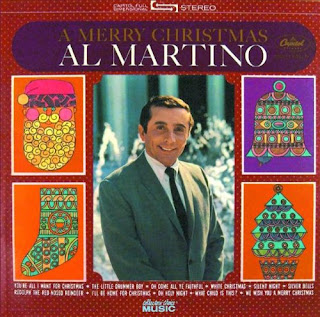 Martino cut his holiday album, A Merry Christmas, for Capitol in 1964, about a year after recording "I Love You Because." The brief liner notes remind us that there are two kinds of Yuletide melodies: "the gay new tunes from the popularity parades of seasons recently passed, reflecting the high spirits that make Christmas truly merry" and "the traditional carols, beautiful and reverent, that remind us of the deeper meanings the Christmas season holds for all humanity." The point here, of course, is that Martino sings both types of songs, and in fact, the album is extremely well balanced, featuring the former kind of tunes on the first side and the latter kind on the second side. The sensitive arrangements by Peter DeAngelis are also shaped by a sense of balance. On more modern Christmas songs like "You're All I Want for Christmas," "White Christmas," and "I'll Be Home for Christmas," they are beautifully restrained, full of pleasant strings and harps and complete with unobtrusive choirs. We can hear this restraint even on children's tunes like "Rudolph the Red-Nosed Reindeer." But then, when it comes to approaching the older carols, such as "The Little Drummer Boy," "Silent Night," "O Holy Night" and "O Come All Ye Faithful," DeAngelis accordingly becomes more serious and his arrangements sometimes border on the grandiose. Martino's singing is never less than superb throughout, and although one finds no surprises here, this is a lovely Christmas album that is awaiting rediscovery—and does deserve it. 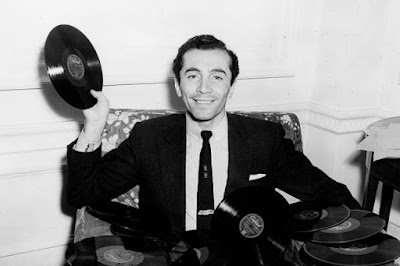 Posted by Anton and Erin Garcia-Fernandez at 8:41 AM