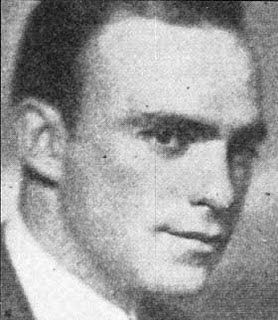 Dick Robertson is one of a group of singers that are often overlooked in most critical discussions of the history of vocal jazz and that, when mentioned at all, are usually dismissed as second-rate practitioners of the art. And yet, a great deal of the numerous records that Dick Robertson made between the mid-1920s and the early 1940s belie such a quick dismissal. Will Friedwald briefly mentions Robertson in his excellent book Jazz Singing in the same breath with Smith Ballew, Scrappy Lambert, and Chick Bullock, stating that he “was the most vaudevillian of this group, and often alternated between different voices . . . to suit the material” (52-53). It is true that some of Robertson’s recordings are novelty numbers that remind us of vaudeville, but Friedwald’s description of Robertson fails to capture the essence of his art, which rests on his ability to front small groups made up of excellent jazz musicians who shine in their own right besides providing support for his versatile voice. This is precisely what we find in the only compilation of Dick Robertson’s recordings, entitled The New York Session Man (Timeless Records, 1992), which concentrates on sessions that the singer led between March 1937 and September 1939. 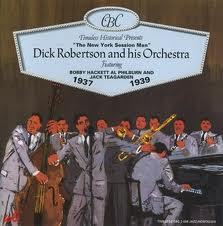 The title of this anthology is very appropriate. Dick Robertson was, indeed, a “session man,” a singer who gave up live performance for strictly studio work. Born in Canada, he had been singing professionally since the 1920s, mostly providing vocal refrains for various dance bands, when in 1935, Decca Records brought him into the studio to make a series of small-group jazz records. The company obviously trusted Robertson’s ear for choosing the best accompanists because they allowed him to handpick the lineup of his bands, and of course, his choices of sidemen do not disappoint, and his studio bands include some of the greatest jazz players of the 1920s and 1930s. On the twenty-four selections included in this compilation, we can hear the fabulous interplay between such illustrious names as cornetist Bobby Hackett, pianist Frank Signorelli (below, left), trombonist Al Philburn, guitarist Dave Barbour, drummer Stan King, and clarinetist Don Watt. Four sides waxed in February 1938 welcome the great Jack Teagarden on trombone into the studio group, and his hot playing enhances outstanding readings of tunes such as “Goodnight Angel” and “Let’s Sail to Dreamland.” 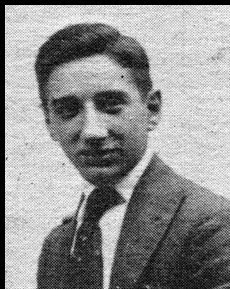 In accordance with the practice of the times, all of these sides range between a mid-tempo and an uptempo pace, and may be classified as primarily dance records. This is evident even in the case of numbers like “Gone with the Wind,” “Blossoms on Broadway,” and “I Only Want a Buddy, Not a Sweetheart,” which are usually treated as ballads but which are taken at a faster tempo by Robertson. The strong Dixieland feel of these discs must have sounded a little dated even when they were first released if we bear in mind that these platters hit the record stores coinciding with the advent of the Swing Era. However, they are recordings that have stood the test of time and that sound just as fresh now as when they were first made. And this is so not only because of Robertson’s knack for picking out magnificent sidemen but also because of his exciting vocal treatment of the lyrics. While it is true that novelty titles such as “The Merry-Go-Round Broke Down” and George Formby’s “Chinese Laundry Blues,” as Friedwald suggests, bring out the vaudevillian in Robertson, he manages to sound convincing when delivering more serious lyrics, as in the case of “It Looks Like Rain on Cherry Blossom Lane” and “Gone with the Wind,” to mention but two examples.

Another reason why a modern-day ear should still be interested in listening to these late-1930s recordings lies in the very engaging structure of the arrangements. Though Robertson is credited as the leader of the session, his voice is only another instrument and the vocal chorus that he performs is treated merely as yet another solo, which allows plenty of room for the sidemen to show off their talents. In this respect, Robertson’s Decca recordings are very similar to Billie Holiday’s classic Columbia sides with jazz greats like Lester Young and Teddy Wilson. Robertson’s studio bands sound relaxed and tightly knit, and the overall product leaves no doubt that the participants are having a good time trading inventive solos throughout. 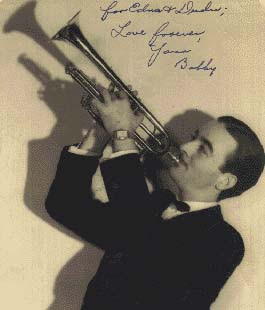 A case in point is the lovely rendition of “Getting Some Fun out of Life,” a much-recorded number from the pen of Edgar Leslie and Joseph Burke. Frank Signorelli’s piano starts off the record with a few brief introductory bars, and then the whole ensemble states the melody, leaving a few more bars for Signorelli to put his signature on the tune before Robertson comes in with a very inspired vocal performance that swings easily while never straying a single note from the melody. After Robertson gets through singing the witty, well-constructed lyric, the remainder of the record is a pleasure to hear as Bobby Hackett (right), Johnny Carlson, and Don Watt trade hot solos, and, paraphrasing the lyric, the listener can bet they are getting some fun out of playing together.

As discographer Brian Rust observes in the liner notes to this compilation, Dick Robertson’s career as a recording artist came to an end following the infamous recording ban imposed by the American Musicians’ Union in 1942. By the time the ban ended, more than two years later, popular taste had shifted so much that there seemed to be no room for unabashedly hot jazz sides like these in the market, and as a result, Robertson did not make any more records. But fortunately, by the time he was forced into retirement, Robertson had already left behind an impressive body of work that shows that he deserves more credit than he receives these days. The twenty-four tracks on this Dutch compilation are ample proof of that and invariably leave the listener craving for more. 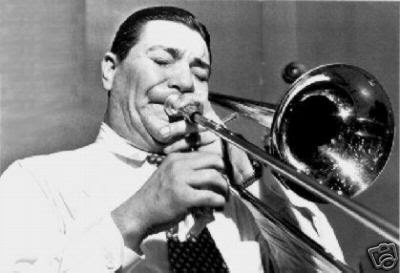 TWO CIGARETTES IN THE DARK (Posted on YouTube by MusicProf78)

Posted by Anton and Erin Garcia-Fernandez at 11:36 AM 7 comments: