Hugh Shannon, the Epitome of the Saloon Singer 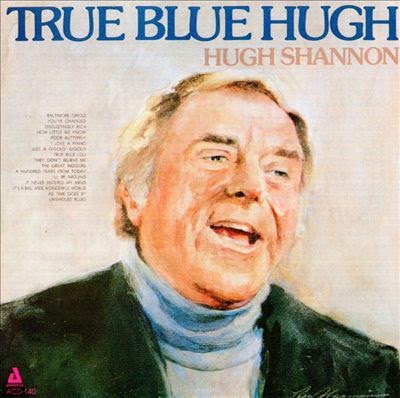 In his live shows, Frank Sinatra always liked to present himself as a saloon singer, a performer of what is known as saloon songs—that is, tunes about love found and then lost or perhaps never found at all in the first place. These are sad, melancholy songs of self-pity to be sung to the accompaniment of a lone piano, usually set in a bar or a tavern, in those wee small hours of the morning, and often presented in the form of monologue, with the vocalist bending the ear of an imaginary bartender. Harold Arlen and Johnny Mercer's "One for My Baby (And One More for the Road)" and Matt Dennis and Earl Brent's "Angel Eyes" were Sinatra's saloon songs of choice, and he counted Tony Bennett and Dean Martin ("drunky Dean," as the Chairman would have it) as fellow saloon singers, and even though he never recorded a full album of classic saloon songs—Reprise's She Shot Me Down, from 1981, was the closest he ever got—this remained one of his favorite types of songs to sing throughout his career. Yet Sinatra's tally of saloon singers is grossly incomplete because he failed to mention Bobby Short and the man whose career we are discussing today—Hugh Shannon.

Listening to Shannon, born in DeSoto, Missouri, into an Irish American family in 1921, one wonders just how much Tony Bennett was influenced by the smoky tone of his voice. Raised by his grandparents, Shannon became interested in the piano at an early age but did not become a professional singer until after World War II, when he supposedly decided to follow Billie Holiday's advice and began singing in clubs and bars around New York City, catering to the smart set and befriending the rich and famous. In a piece about him published in The New York Times in 1981, just a few months before his death, Shannon described the type of audiences for whom he played throughout his long career:

We [he and Bobby Short] both deal with ladies and gentlemen. They're established. They have manners. They're attractive. And, for the most part, they're rich. They have good impulses for living and like living well. And the songs we sing are about people who like living well, not about the depraved or the deprived.

These words may go a long way to explain Shannon's reputation for being a snob (which, according to many friends and fans, he most definitely was not), yet they do accurately describe the crowds that flocked to his shows at New York nightspots such as Le Perroquet, the Cafe Carlyle, and the 22 Club, and bearing in mind his fondness for the songbooks of Cole Porter, Rodgers and Hart, Noël Coward, and Jerome Kern, among many others, they offer a truthful description of his repertoire as well. In that same New York Times article, Shannon also discusses his approach to performing: "I treat the room as a drawing room where I'm giving a party. It never occurs to me that I'm not the host. I watch the tables. I watch the drinks. I have to restrain myself not to seat people." And this intimacy was definitely an important part of Shannon's appeal, together with his penchant for witty humor, his sense of devil-may-care detachment when singing these songs, and the fact that he proved to be a walking encyclopedia of the Great American Songbook every time he sat at the piano. In this regard, he was to the Songbook what Leadbelly was to American folk music, and his art was appreciated by audiences both at home and overseas, where he occasionally performed at exclusive venues in places like France and Italy. 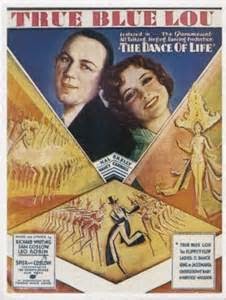 Regrettably, Shannon left us a rather meager recorded legacy, perhaps because he was best experienced live, and his art, like that of Noël Coward, did not translate so well to the medium of recordings. However, there are two Audiophile Records releases that anyone interested in Shannon's saloon singing should own. The most complete is a two-CD set entitled simply Saloon Singer that features Bobby Hackett on cornet on some of the tracks and that includes classics like "Everything Happens to Me," "Let's Do It (Let's Fall in Love)," "Down in the Depths of the 90th Floor," and the Jeri Southern-associated "You Better Go Now." Alongside this, the single CD True Blue Hugh offers sixteen tracks recorded in Lexington, South Carolina, in December of 1977, with Shannon alone at the piano, except for two tracks on which he is accompanied by Terry Lassiter on bass and Jim Lackey on drums. This album contains two songs closely associated with Shannon, "True Blue Lou" and "It's a Big, Wide, Wonderful World" (a minor hit for crooner Buddy Clark in the late '40s), along with other gems such as "A Hundred Years from Today," "Baltimore Oriole," "It Never Entered My Mind," "As Time Goes By," and a medley of "Just a Gigolo" and Cole Porter's "I'm a Gigolo." Shannon's passing in New York City in 1982, at age 61, deprived the world of one of the best saloon singers who ever lived, a man who not only defined that difficult art, but who lived and breathed it as well.

Posted by Anton and Erin Garcia-Fernandez at 6:41 AM 1 comment: 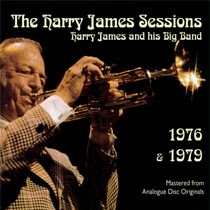 About a year ago, Sheffield Lab Recordings reissued on CD a series of direct-to-disc sessions that Harry James and his band cut in 1976 and 1979, thus making available some recordings that had been difficult to find in digital form for a while. The 2-CD set, entitled The Harry James Sessions 1976 & 1979, provides an excellent excuse to discuss James's often-overlooked work of the 1970s. Not that we really needed one, though!

By the 1970s, the number of Swing Era big bands that were still touring and recording on a regular basis was comparatively small. The orchestra led by trumpeter Harry James was one of them. An excellent musician with a keen ear for quality music with commercial potential, Harry was there at the very inception of swing, playing trumpet with Benny Goodman at the landmark Carnegie Hall concert of 1938, and when he struck out on his own and began leading his own band, he successfully mixed hard-rocking flagwavers with the sweet ballad sounds of vocalists Frank Sinatra and Dick Haymes, both of whom had their start singing with James, and Helen Forrest, who had a huge hit with the band in 1942 with "I Don't Want to Walk Without You." Three decades later, James had not changed much. In an undated piece that draws at length from interviews with James probably carried out in the '70s and included in his book The Big Bands, George T. Simon quotes the bandleader as counting himself among the earliest enthusiasts of the rock group Blood, Sweat and Tears: "I got them into Las Vegas. I loved the fact that they were all such good musicians" (537). In that same interview, James also states that public interest in the sound of the big bands had increased by the seventies:

You can see it in the bigger bands the kids are using and listening to. But there's more to it than that. There are the adults, too. They're coming out more again. It seems like they're saying, 'To hell with the kids having all the fun. Let's us have some too!' And they are—thank goodness! (537)


With such an optimistic outlook on the popularity of big bands so late in his career, it is no wonder that James took every opportunity to get up on the bandstand and sought to keep his orchestra working throughout the decade. But what about recordings? Of course, James's recording output was rather meager in the 1970s, and some of his albums (1972's Mr. Trumpet, for instance) were mere attempts to recreate the sound of swing and dixieland jazz. However, in 1976 and 1979, James and the band cut three LPs for Sheffield Lab, all of them using the company's direct-to-disc recording technique, thereby producing a slew of superb-sounding tracks that give us a clear idea of the sound of the James orchestra in this late period. All the sessions were recorded at the Wylie Chapel of the First Presbyterian Church in Hollywood, and the band featured fine musicians such as Chuck Anderson on trombone, Bob Lawson on saxophone, and Les DeMerle on drums. Critics have often claimed that the sidemen sound rather anonymous on these recordings, and that might well be because the emphasis is here on James's trumpet, which dominates on all three albums, with James proving that he was still in great form less than a decade before his death.

Rather than the sound of the band, the main objection of many listeners to these LPs has been some of the song choices, as well as some of the arrangements, which were provided by names as diverse as Thad Jones, Ernie Wilkins, and Ray Conniff. While perhaps we do not really need to hear James's versions of tunes such as "Sanford and Son" or "Dance," his big-band readings of country ballads like Hank Cochran's "Make the World Go Away" and Kris Kristofferson's "Help Me Make It Through the Night" are among the highlights of the Sheffield Lab sessions, which also include an appealing approach to "Lara's Theme," from Doctor Zhivago. By reworking music by younger songwriters like Kristofferson, who have nothing to do with jazz, James shows that he indeed has an unbiased ear for music and is willing to keep up with the times and try something new, even if his experiments in this sense sometimes work better than others. Of course, James also revisits classics from the Swing Era and before: "Cherokee," "Don't Be That Way," "Sweet Georgia Brown," "Moten Swing," "Caravan," "Satin Doll," and "Take the A Train," among others, get an updated treatment, and so does "You'll Never Know," offered as an instrumental ballad here. "Blues Stay Away from Me" is a bluesy jazz version of an old country hit by the Delmore Brothers, and Thad Jones provides the band with a very appropriate easy-swinging vehicle in "More Splutie, Please," which features an extended solo by bassist Dave Stone.


The Sheffield Lab sessions have been hard to find on CD for a very long time, but fortunately, the company has made them available again on the 2-CD digipack set The Harry James Sessions 1976 & 1979 (Sheffield Lab Recordings, 2013). The set includes the three original albums (The King James Version, Comin' from a Good Place, and Still Harry After All These Years) in their entirety, with informative liner notes, some photos, and the excellent sound that one has come to expect from Sheffield Lab. While not necessarily essential, this is highly recommendable for listeners wishing to complete their Harry James collection or simply for those interested in hearing the trumpeter at the twilight of his career. And many of these tracks clearly show that in the mid-to-late 1970s James was far from his twilight in artistic terms.

Posted by Anton and Erin Garcia-Fernandez at 9:29 AM No comments: