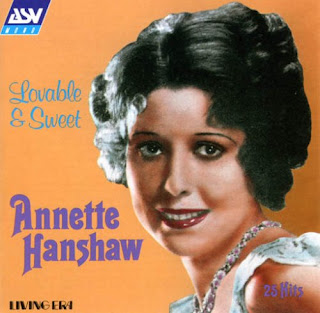 Annette Hanshaw was one of the very first female jazz vocalists, as well as one of the most exciting singers of the 1920s and early 30s. Critic Will Friedwald, who has written extensively (and most insightfully) on jazz singing, ranks her alongside Al Bowlly as one of the few artists that “used the musical idiom of the twenties in a creative, modern way” (1). Although I believe that there were more singers other than these two that also experimented with more modern approaches to the vocal art in that era, Friedwald is certainly right concerning Hanshaw: she was well ahead of her time in that she understood the rhythmic qualities of jazz much better than most of her contemporaries and applied them to her singing in a very personal, highly inventive way. From today’s standpoint, there is no doubt that her records sound more modern and engaging than those of Helen Kane or Ruth Etting.

Born into a wealthy family in 1901 (although for many years the date was believed to be 1910), Hanshaw got her start performing at her father’s hotels. On a certain night in 1926, producer Herman “Wally” Rose (whom she would later marry) happened to be among the audience and was quick to realize her potential, subsequently signing her to a contract with Pathé. These were the years of the recording boom, when large amounts of records were produced and sold worldwide, and so Hanshaw recorded extensively, soon becoming one of the most popular artists on the label and gaining more public exposure through a series of radio spots. It did not take her long to graduate to one of the major labels, Columbia, who also put out the records of Ruth Etting, at the time one of the most popular singing stars in the country. Columbia issued Hanshaw’s efforts on subsidiary budget labels in order to prevent any kind of conflict between the two singers, but this did not affect her record sales, and even in the years following the 1929 stock market crash, Hanshaw still proved to be extremely popular with record buyers. 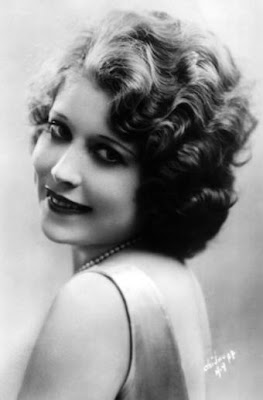 But despite the success of her records, Hanshaw apparently dreaded public appearances and did not exploit her image as the quintessential 1920s flapper in movies. After her marriage to Rose in 1934, she decided to put an end to her very popular radio show and stopped recording altogether around 1938. Hanshaw would live to see her records reissued in the 1970s, when she was certainly surprised to find out that there was a kind of renewed interest in her recorded output. Unfortunately, unlike other stars from the twenties such as Nick Lucas, she never really attempted to make a comeback. Her husband had passed away in 1954, and in 1975 she remarried; nobody seems to have advised her that it would have been a good idea to get back into the recording studio, and if anyone did, she did not listen. Hanshaw died in New York in 1985, leaving behind a very valuable legacy of recorded music that is highly interesting to both pop and jazz aficionados.

Her complete recordings are yet to be reissued in their entirety (a project that, like the release of Cliff Edwards’s Hot Combinations, should be undertaken by some label like Proper or JSP), but there are a couple of fine compilations on CD that serve as good introductions to her music. Lovable & Sweet (ASV / Living Era, 1997) is perhaps the best one around, and although the English reissue label seems to have gone out of business, the disc is still fairly easy to find. The material included in the collection proves, on the one hand, that Hanshaw very adeptly assimilated the jazz idiom very early on, and on the other, that her selection of material is very wide-ranging. She sings rather straight on two Hawaiian-flavored sides with Frank Ferera (“Pagan Love Song” and “Ua Like No a Like,” from 1929) but she applies her jazz inflections not only to jazz numbers like “Black Bottom” and “Six Feet of Papa,” but also to more conventional pop tunes such as “Little White Lies” and “Walkin’ My Baby Back Home.” When she runs through “Everything’s Made for Love” (1926), with Irving Brodsky on piano, she sounds way hipper than crooner Gene Austin in his version of the tune recorded that same year. Two of my personal favorites on this compilation, which features tracks waxed between 1926 and 1934, are her outstanding 1930 rendition of “Body and Soul” (which even includes an accordion) and her 1934 recording of Harold Arlen and Ted Koehler’s “Let’s Fall in Love,” in which she is backed by an all-star band including Jack Teagarden and Joe Venuti. 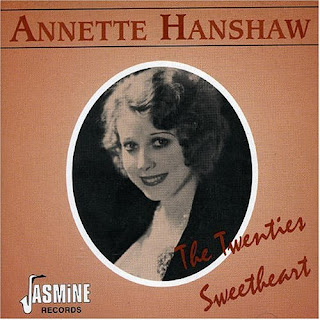 As a matter of fact, many of her hot sides included such jazz luminaries as Tommy and Jimmy Dorsey, Benny Goodman, Eddie Lang, Red Nichols, Miff Mole, Manny Klein, and Adrian Rollini. These are well represented in The Twenties Sweetheart (Jasmine, 1995), a compilation that concentrates on Hanshaw’s earlier recordings, cut between 1926 and 1928. Here, Hanshaw’s vocals are at their jazziest best, bouncing along effortlessly, her voice shining atop the hot backings: these are the records that built her reputation as a jazz singer, and many of them end with her idiosyncratic “That’s all!,” used to mark the end of the record right after the last note has been played. As her records clearly show, Annette Hanshaw is an essential figure of the early stages of recorded vocal jazz. It is too bad that she decided to cut short her remarkable career, that she chose not to make any more records. But the records that she made are certainly jazz classics and prove as enjoyable more than eighty years after they were cut as when they were first released. In my opinion, no assessment of Hanshaw’s stature as an artist is more accurate than that of John Hammond, who is reported to have said about her, “I don’t think she realizes how good she is” (2). Fortunately, any jazz fan easily does. 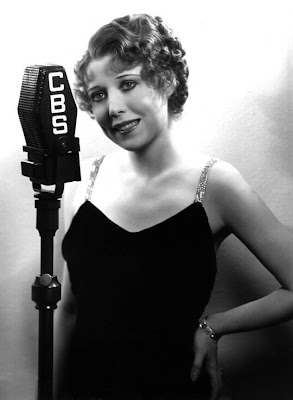 DON'T TAKE THAT BLACK BOTTOM AWAY

Posted by Anton and Erin Garcia-Fernandez at 8:46 AM 8 comments: