The World’s Greatest Entertainer in His Prime: Al Jolson on Columbia 1913-1932 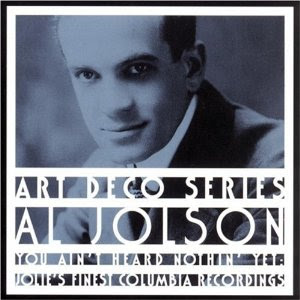 When in 1927 Al Jolson stood in front of the camera and proclaimed, “You ain’t heard nothin’ yet!” he was using the phrase to refer to the much-publicized novelty of the movie in which he was starring, The Jazz Singer, now widely considered the first talking picture of all time even though it was actually just a part-talkie, that is, a silent film interspersed with a few sound scenes. Jolson’s utterance may have applied to the movie, yet it most certainly did not apply to Jolson himself: the public had heard quite a bit from Jolson by 1927, which was the reason why he had been selected to play the leading role in a film whose script, by Samson Raphaelson, strangely echoed Jolson’s own life story. In fact, it was virtually impossible to be interested in pop music in the 1910s and 20s and not have heard of Jolson, the bombastic vocalist who billed himself as “the world’s greatest entertainer” and had become the most popular singing sensation in the country. 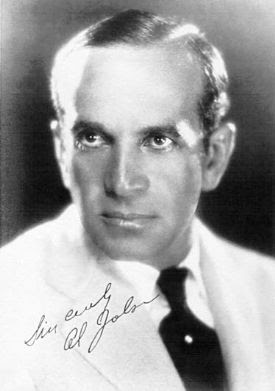 Despite the title of that groundbreaking film, though, Jolson never was strictly a jazz singer: he could be more accurately described as a pop singer whose work was occasionally tinged by the jazz idiom and who knew how to use jazz syncopation to his advantage, thereby creating a very appealing dramatic effect. Of course, drama featured prominently in Jolson’s approach to the vocal art: in the days prior to the invention of the microphone, his impressive, energetic voice could effortlessly fill any theater, and it sounded equally exciting on his signature sentimental mammy songs as it did on the most jazz-influenced of his rhythm numbers. His stage show brimmed with emotion and unrestrained energy, and both his antics and his exuberant vocal style influenced just about everyone in show business, at least until Bing Crosby came along in the early 1930s and showed the world that there was an alternative, more intimate approach to popular singing. But by then, the microphone had already entered the picture, changing the face of popular music forever. The new style heralded by Crosby sent some of the earlier singers, who now sounded desperately old-fashioned, out of business, yet Jolson still enjoyed quite a following on radio and movies throughout the 1930s, making no efforts to modify his style to suit the new technical advancements. The release of the excellent biopic The Jolson Story in 1946, starring Larry Parks and William Demarest (as well as the inferior but equally charming sequel Jolson Sings Again, from three years later) revived interest in Jolson’s music, as a whole new generation of listeners were exposed to his sound via the re-recordings of his old hits that he made for Decca. 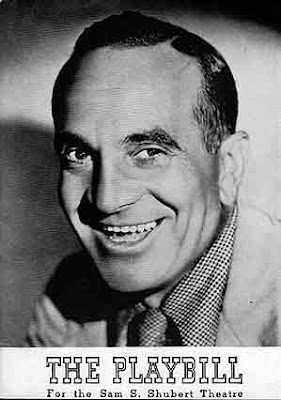 These newer, updated versions of Jolson’s songs, often with markedly different arrangements and instrumentation, are nowadays the best-known and more widely available of his recordings. However, this volume of Columbia’s Art Deco Series, originally published in 1994 and currently out of print, digs deep into Jolson’s vast recorded legacy and presents some of his best sides cut for the label between 1913 and 1932, when Jolson was truly at the top of his game, complete with very detailed liner notes by Herbert G. Goldman and Will Friedwald. Made acoustically before the microphone allowed electricity to be used for recording sound, these cuts lack the higher fidelity of the later Deccas, yet they are clear evidence as to why Jolson reigned over the pop music world of the period. It is true that the arrangements are often dull and are performed by studio orchestras that cannot match the excitement always present in Jolson’s voice, but these sides chronicle his development as a recording artist and make for an extraordinarily enjoyable listening experience even almost a century after some of them were made. 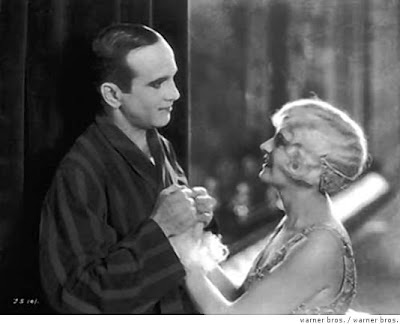 The collection opens with Jolson’s 1913 rendition of “That Little German Band,” going back to the earliest days of his tenure with Columbia, and includes songs that he introduced and with which he became closely associated, such as “Yaaka Hula Hickey Dula,” “Swanee,” “Avalon,” “April Showers,” and “Toot, Toot, Tootsie! (Goo’Bye).” Jolson would re-record many of them later on in his career, but these are the earliest versions, and in many cases, the definitive ones. On some of the tracks, Jolson proves that he can also put across more sentimental ballads quite convincingly: as “Back to the Carolina You Love,” “Down Where the Swanee River Flows,” and “In Sweet September” demonstrate, Jolson was much more than simply a belter of lively rhythm numbers and maudlin mammy songs, a fact that is also evident in his excellent recording of “The Anniversary Song” for Decca in the 1940s. And of course, he is at his high-spirited best on novelty songs like “O-Hi-O (O-My!-Oh!) and “Where Did Robinson Crusoe Go with Friday on Saturday Night,” full of the witty double entendre lyrics that he always delivered so masterfully. (Incidentally, “Robinson Crusoe” spawned a very interesting western swing version by Texas Jim Lewis.) 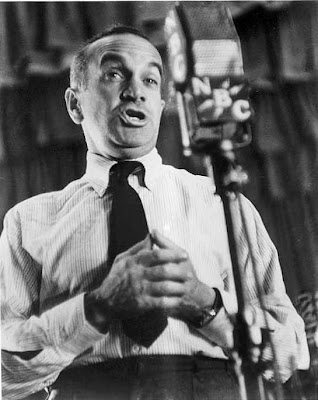 In early 1924, Jolson ended his contract with Columbia and signed with Brunswick, which explains why the songs that he cut for the soundtrack of The Jazz Singer are not included here. However, the compilation closes very fittingly with three sides that Jolson made in 1932 for the American Recording Corporation backed by Guy Lombardo and His Royal Canadians: “Hallelujah I’m a Bum,” the title track of his then-current (and very interesting) movie; “You Are Too Beautiful,” a superb ballad that has since become a standard but that Jolson does not deliver as convincingly as other slow numbers in this collection; and a remake of his classic “Rock-a-Bye Your Baby with a Dixie Melody.” These are the only recordings included here made electrically, and they certainly capture Jolson’s voice much better, showing how much he had evolved as an entertainer since the 1913 records that kick off the set: he is now a singer in complete control of his art, and he knows exactly how to accentuate those elements and mannerisms that make his style unique.

After this date with Lombardo, Jolson would not set foot in a recording studio until the mid-1940s, although he would still be a regular fixture on radio. For those of us who were not fortunate enough to attend one of Jolson’s live performances, it is difficult to imagine just how exciting his stage show must have been: indeed, his records, movies, and radio appearances stand as faint documents of his idiosyncratic art, and contemporary journalistic accounts and reviews of his shows inevitably fail to convey the exuberance of his stage persona. Like Jacques Brel after him, Al Jolson was an artist that needed to be experienced in a live setting, yet we must be grateful that at least some of this excitement has been preserved for posterity on recordings like the ones that make up this excellent compilation.

I'M SITTIN' ON TOP OF THE WORLD

Posted by Anton and Erin Garcia-Fernandez at 3:20 PM 8 comments: