"Je Suis Sex-Appeal": Jean Sablon and the Art of Crooning in French 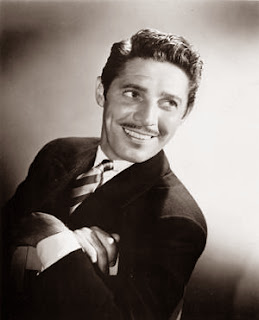 In the early 1930s, after Bing Crosby rose to prominence with a vocal style that was a noticeable modernization of the sound of 1920s crooners such as Gene Austin, Nick Lucas, Johnny Marvin, and Rudy Vallee, many other vocalists followed in his wake. Far from the high-pitched sound of his predecessors, Crosby's style of crooning was richer and much more appealing and exciting because it oozed with elements taken from the jazz idiom by way of Louis Armstrong and his contemporaries. This was the kind of music that shaped many of Der Bingle's best records throughout his career, his love of jazz always evident in his phrasing and sense of rhythm. The list of artists that were influenced by Crosby would be too long, so suffice it to say that it includes the likes of Buddy Clark, Perry Como, Dick Haymes, and a young Frank Sinatra, among countless others. Canada had its own "Canadian Crosby" in the often underrated Dick Todd, and across the pond, British singers such as Sam Browne, Denny Dennis, and later Michael Holliday (whose admiration for Bing was such that he strove to sound like Bing) were inspired by Crosby's hugely influential records to find their own style. And then, across the Channel, in France, there was Jean Sablon.

Sablon, born in Nogent-sur-Marne, not too far from Paris, in 1906, actually had quite a few things in common with Bing. Both of them grew up fascinated by the strains of early jazz, and if Crosby was one of the first vocalists to understand the expressive possibilities of the microphone and to use it as an actual instrument, Sablon was reportedly the first French performer to appear on stage with a microphone, something that did not happen until 1935 or 1936. Crosby recorded all kinds of songs, from jazz numbers to Hawaiian ballads to country-and-western tunes, while Sablon seemed to be always in the avant-garde, bringing popular new rhythms into the French musical mainstream. Also, while Bing relished the company of jazz musicians such as Eddie Lang and Joe Venuti, Sablon was among the first to record with French jazz legends like Django Reinhardt and Stephane Grappelli. More than any other of his contemporaries, Sablon was responsible for introducing jazz into French popular music, and in fact, the very first time that Reinhardt ever soloed on wax was on Sablon's 1934 record of "Le Jour Où Je Te Vis," which was, not coincidentally, a French version of Bing Crosby's "The Day You Came Along." Michael Dregni describes the solo in his interesting biography of Reinhardt, Django: The Life and Music of a Gypsy Legend (Oxford UP, 2004):

While it was a simple chorus, it enhanced the aura of the song with sympathetic obbligatos and graceful ornamentation. Django inserted artful arpeggios into the arrangement, bridging verses as well as offering harmonic counterpoints to Sablon' vocal melody. The solo was not the audacious Django of his musette or jazz playing but rather was restrained and stylish, the perfect complement to Sablon's music. (67-68)


This is not to say that Sablon's voice is always "restrained and stylish"; on the contrary, he demonstrates an excellent sense of swing, which is evident, for example, in his jazzy version of the traditional song "Sur Le Pont d'Avignon," as well as on many of his other tracks with Reinhardt, such as "Je Suis Sex-Appeal" and "Par Correspondance," and in his French reading of "The Continental," recorded as "Rythme du Bal Continental" with Django on guitar and the excellent American pianist Garland Wilson in 1935. All of these tracks can be found on The Great French Stars: J'Attendrai (ASV/Living Era), a currently out-of-print collection of Sablon's 1930s recordings, many of which feature Reinhardt and Grappelli.

But Sablon was equally at home as a balladeer, performing slow numbers with ease and gusto in a style that is often reminiscent of Crosby. On these, he is usually accompanied by the highly accomplished orchestras of André Ekyan and Wal-Berg, and they include classics such as "J'Attendrai," "Je Sais Que Vous Etes Jolie," "Un Amour Comme Le Notre" (sung as a duet with his sister Germaine) and "Vous Qui Passez Sans Me Voir," this last one written by the great Charles Trenet. His popularity throughout Europe led to a trip to the United States in 1937, where he met Cole Porter and George Gershwin, hosting his own NBC coast-to-coast radio show and guesting on several other programs alongside, among others, Frances Langford and Eddie Cantor. While in the United States, Sablon cut several sides in English, yet somehow he does not sound as convincing on "Stardust," "Two Sleepy People," and "Can I Forget You?" as he does on his French hits. Unlike Maurice Chevalier, whose French accent when singing and speaking in English actually advanced his career as an actor and a vocalist in the United States, Sablon never actually achieved major star status stateside (at least not to the extent that Chevalier or Charles Aznavour did) although he toured North and South America more than once throughout his long career. His English recordings are nonetheless polished and charming, but he is definitely at his best when he adapts American songs into French, as he does in his excellent 1939 rendition of (yet again) Crosby's "I've Got a Pocketful of Dreams" as "J'Suis Pas Millionaire." 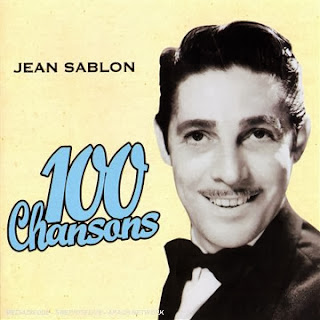 Always a globetrotter, Sablon toured internationally, bringing his career as a live performer to an end in the 1980s with farewell stage appearances in Paris, New York, and Rio de Janeiro. He passed away in 1994, and his recorded oeuvre is vast and rich, although unfortunately many of his recordings are yet to be reissued on CD. For those interested in delving into his music, the best choice as of this writing is the indispensable (though recently deleted) four-CD set 100 Chansons (EMI France, 2008), which, though not arranged chronologically, presents one hundred sides from different periods of his career, making it the most complete Sablon collection to date. Jean Sablon became the prototype of the French jazz-tinged crooner in a country that for decades was fascinated by jazz. Though he was originally inspired by Crosby, Sablon in turn influenced several other singers that followed him, among them legendary names such as Charles Trenet, Yves Montand, Georges Brassens (his duets with Sablon on television are delightful to watch), and Jacques Brel. Suave, elegant, and always projecting an irresistibly classy nonchalance on stage, Sablon is an icon of the French chanson, and his importance was once very accurately (and poetically) summed up by his friend, the writer and all-around intellectual Jean Cocteau: "The waves, the sounds of the streets, the records, the refrains whistled by cyclists out on the street turned Jean Sablon into a great, vague face beloved of one and all, but without a clear shape, like memory." And, indeed, his voice is like a memory that is always a pleasure to rediscover.

In this excellent video, Sablon leans over the piano and softy croons Duke Ellington's "Solitude" while Ellington himself tickles the ivories.

If you are interested in finding out more about Jean Sablon, visit the Official Jean Sablon Website, where you will find more information both in English and in French.

The French company Fremeaux et Associés has two double CD sets of Sablon tracks, the best of which is the set covering 1933-1946. Bing gets a mention in the French translation of the lyric of "These Foolish Things"—"Ces Petites Choses." There is also a release available as a download from an English company called Pristine Classical, who specialize in downloads of historic classical recordings. They have got a jazz section, however, and there is a Jean Sablon release called Songs of a Boulevardier. It's a "three-albums-on-one" release, and included are the eight tracks of a 10-inch LP (Songs of a Boulevardier) which Sablon recorded in America in the early 50s. There is a nice Crosby connection in that the musical director on that album is the Philco Radio Time stalwart, Skitch Henderson.

Thanks for the information, Jeremyrose! It is also nice to know that the French translator of "These Foolish Things" kept the allusion to Bing Crosby that the original text of the song already has. Indeed, one of the things that the beautiful original lyric by Eric Maschwitz lists is "the song that Crosby sings." 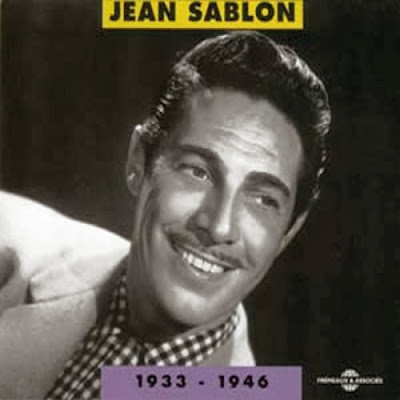 Posted by Anton and Erin Garcia-Fernandez at 1:06 PM No comments: