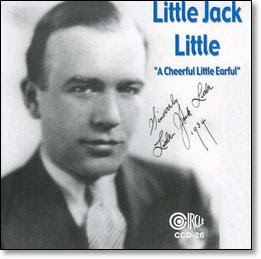 Most histories of jazz and popular singing written these days make absolutely no mention of Little Jack Little, but in the 1920s and 1930s, he was a very popular artist both on records and in the rapidly rising medium of radio, captivating the ears of thousands of listeners with his very personal style of crooning. In his introductory chapter to the book The Rise of the Crooners, Ian Whitcomb places Little within a triumvirate of 1920s pioneering radio crooners alongside Whispering Jack Smith and Art Gillham, noting that "the music and radio trade appreciated his tongue-in-cheek approach to the clichés of the newly streamlined pop song" (20). Such appreciation, though, faded rather quickly, and today the only CD release available by Little is an outstanding collection of radio transcriptions made in New York for the Lang-Worth Company in 1952, less than four years before his death, which will provide the musical background for this article.

Little Jack Little was born John Leonard in London in 1900, but soon thereafter, his family moved to the United States, and he was actually raised in Iowa. In the early years of his life, he quickly showed an interest in music, and while an undergraduate at the University of Iowa, he led a dance band. Not much later, we find him in Chicago working as a song plugger and trying to make a career in music. His big break came via radio broadcasting: his pleasant voice and soft singing style soon endeared him to an ever-growing listening audience, and after the introduction of the electric microphone, Little realized that his voice was also perfect for records. Like Art Gillham's, Little's radio broadcasts came across as informal mixtures of song and chatter, and his gentle approach to vocalizing made his audience feel as though he were singing directly to each and every single listener. Soon he acquired the moniker of "the Cheerful Little Earful," making constant use of catchphrases such as "Here 'tis!," with which he prefaced his performances, and "Yours truly, Little Jack Little," which he invariably employed to conclude his broadcasts. 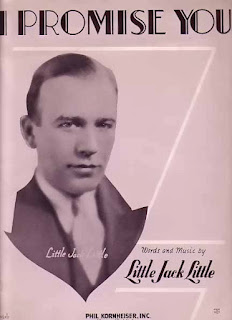 Though Little may conceivably be compared with Whispering Jack Smith due to the similarity of their singing styles, it should be noted that, unlike Smith, Little did not so much whisper as speak out the lyrics with a syncopated inflection, dividing syllables in an inventive way and often cutting words short at odd places for rhythmic effect. He was also a much more proficient pianist than Smith, with a playing style full of cascading runs and jazzy rhythmic embellishments that are somehow reminiscent of the great Art Tatum. Little also made his mark as a songwriter, producing several hit tunes, the most enduring of which are "Jealous" and, particularly, "In a Shanty in Old Shanty Town."

His recorded legacy is not vast, yet the quality of his records, sometimes backed by a full band and sometimes showcasing him singing to his own piano accompaniment, is consistently high, although his recordings from the 1920s and 1930s, alas, remain unissued to this day. In the early thirties, the coming of crooners such as Russ Columbo, Rudy Vallee, and especially Bing Crosby, with a much more modern sound, spelled out the end of the careers of Little and his fellow crooning pioneers. While Gillham and Smith were slowly forced into retirement by this major turn in popular taste, Little was still performing in small nightclubs in the 1940s and even tried his hand at being a disc jockey for a while. The lack of success in these later years, though, would eventually take its toll, as Little Jack Little ended up committing suicide in 1956, leaving, as Don White and Ray Norman state in the liner notes to Little's only currently available CD, "a dozen notes indicating that he was greatly depressed." 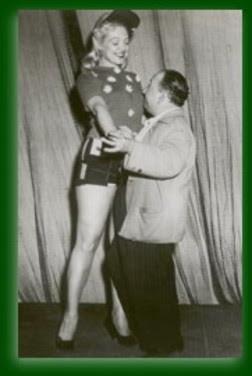 As late as 1952, however, Little cut a series of transcription discs that would not be issued in digital format until 2002, when Circle Records dug them up and made them available in a volume aptly entitled A Cheerful Little Earful. Recorded in the course of two separate sessions held in July and September of 1952, these sides feature Little revisiting standards from the heyday of his career and sounding basically as he did back in the twenties and thirties, which makes these tracks particularly interesting if we bear in mind that his original recordings are not available on CD. These transcriptions are not elaborately produced, but they give us a chance to appreciate Little's personal vocal style in a mostly unchanged form, complete with his classic "Here 'tis!" and "Yours very truly, Little Jack Little" radio catchphrases. Accompanied by Eddie Safranski on bass on some of the cuts, Little performs a few of his own hits and covers standards that were introduced by other artists, such as "Walkin' My Baby Back Home," "Five Foot Two, Eyes of Blue," and "Yes Sir, That's My Baby." These transcription sessions also yielded several piano solos ("Dardanella," Duke Ellington's "Sophisticated Lady," and an instrumental version of the classic "Paradise," to name but three) that attest to Little's talent as an elegantly jazzy pianist that knows how to play around with a tune without ever losing sight of the melody.

The liner notes by White and Norman offer interesting information on the crooner's life, as well as on the songs included in the collection, and they explicitly bemoan the fact that Little and other contemporaries like Harry Richman, Seger Ellis, and Irving Kaufman "seem to be little remembered today." And in the light of these radio transcriptions, the fact that Little Jack Little remains so unknown and underappreciated today is rather shocking and definitely unfair. Hopefully, some reissue label will soon decide to right that wrong and make his vintage recordings available again.

I'M IN THE MOOD FOR LOVE (Posted on YouTube by edmundusrex)

I WISHED ON THE MOON (Posted on YouTube by warholsoup100)

Posted by Anton and Erin Garcia-Fernandez at 10:12 AM No comments: