Interview with Singer Bobby Rydell: "I grew up listening to the music of the big bands, and this music was in my blood from my childhood" 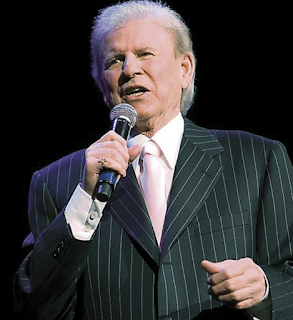 Our first post of 2016 is an interview we recently did with singer Bobby Rydell, in which he discusses his life and career, as well as two excellent early 1960s albums he made for the Cameo / Parkway label, mostly paying tribute to the music of the pre-rock era, which was more of an influence on his own style than one may think.

In the late 1950s and early '60s, between the first outburst of rock'n'roll and the arrival of the so-called British Invasion, the airwaves were suddenly filled with a gentler, sweeter kind of pop music, epitomized by teen idols such as Frankie Avalon, Ricky Nelson, and Fabian. One of the most popular among them was Philadelphia-born Bobby Rydell, whose memorable recordings of hits like "Kissin' Time," "Wild One," and "Swingin' School," among several others, turned him into a national sensation starting in 1959. After achieving great success on records and through appearances on top-rated television shows, Rydell made his movie debut in the now classic musical Bye Bye Birdie, alongside Ann-Margret and Dick Van Dyke, a role that did a great deal to further his career. Rydell has announced that in 2016 he will be publishing his autobiography and a pictorial of his career, and anyone interested in more information about this forthcoming book should check his website.


Despite the fact that, just like Bobby Darin, Rydell started out as a teen idol, he was steeped in big band music and pre-rock pop crooners (one of his hits was a cover of Italian crooner Domenico Modugno's "Volare," also cut by Dean Martin), and to this day his live act includes many tunes out of the Great American Songbook. In fact, in the 1960s he cut a few albums celebrating these influences, namely Bobby Salutes the Great Ones (1961), Rydell at the Copa (1961), and Bobby Rydell and the Bernie Lowe Orchestra Recreate the Big Band Days (1962). Back in October, these three LPs, along with a 1961 collaboration with label mate Chubby Checker, were reissued on a two-CD set by the British label Jasmine Records. As soon as we heard about this release, we got in touch with Mr. Rydell, through his assistant, Ms. Linda Hoffman, and he graciously agreed to an interview with The Vintage Bandstand to discuss his career in general and these albums in particular. We now present the full interview here. 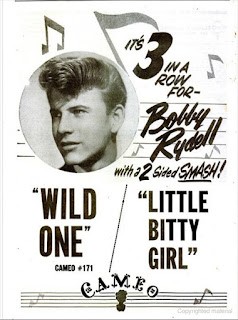 Anton Garcia-Fernandez (for The Vintage Bandstand): You were born in Philadelphia. Please tell us a little bit about your childhood there. What kinds of music did you listen to? Who were your earliest musical influences?

Bobby Rydell: I grew up listening the music of the big bands.  My father used to take me to a theatre in Philadelphia that often showcased the legends of this era and I fell in love with the music at about age seven.  As a child I saw the incredible Gene Krupa live and it stayed with me until this day.  I remember telling my dad "That's what I want to be—a drummer."  Dad was responsible for everything I became.  He bought me my first set of drums and gave me drum lessons.  If the singing thing hadn't worked out, that's what I'd be doing today.

TVB: Around 1950, you first appeared on the TV show Teen Club, which was hosted by legendary bandleader Paul Whiteman, and you stayed on that show for about three years. What do you remember about that show? Did you get to have much interaction with Mr. Whiteman?

Mr. Rydell: I was sort of the "mascot" on the Whiteman show. I was about eight years old when I won a talent contest and became a regular on the program.  I won a TV set (the first on our block!) in the contest for the show.  I don't remember a time that I wasn't performing.  Yes, Mr. Whiteman was very involved with the show—he was the person who first changed my name from Bobby Ridarelli to Bobby Rydell. He said no one would remember Ridarelli! 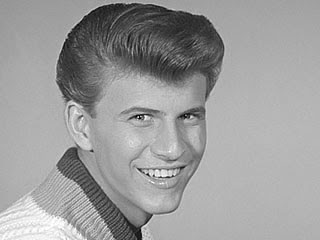 TVB: In the late 1950s, you signed a contract with the label Cameo / Parkway which led to big hits like "Kissin' Time," "Swingin' School," and "Wild One," among others, and which turned you into a very popular teen idol. How did that contract come about?

Mr. Rydell: I used to cut school to hang out at the studios (which were a two-by-four space, nothing major like you'd imagine).  I knew Bernie Lowe (one of the founders of the label) from the Whiteman show - he was a piano player on the show.  It wasn't until I met Frankie Day (my first manager) by chance at a show I was playing in one of my first bands - that I got an "audition" with the label - and the rest kind of just took off. 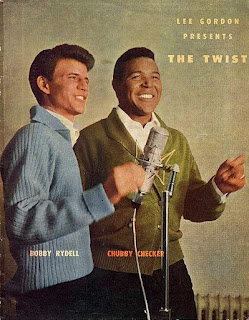 TVB: On one of your albums for that label you were teamed up with another big star of the era, Chubby Checker. What do you remember about the sessions that produced that collaboration between the two of you?

Mr. Rydell: Being that we were both under contract with the same record label, they thought it would be a novel idea to have the both of us do a "duets" album to be released just before the holidays and toss in a couple of holiday songs.  One of those tunes, "Jingle Bell Rock," is really popular to this day on the radio stations during the holidays.  Chubby and I knew one another from the South Philadelphia area where we were both born and raised, and of course through the label and we had toured together in Australia a few times.  It was a natural type of recording session and a brilliant move by the label.  I think it became one of the top-selling albums for the label.  We still see one another on the road to this day.  We both still live in the same area of suburban Philadelphia.

TVB: One of your most remarkable albums is Bobby Rydell Salutes the Great Ones, which includes rocking versions of standards such as "That Old Black Magic," "Wrap Your Troubles in Dreams," and "Nice Work If You Can Get It." What was the concept behind this LP and how did it come about? Did you select the songs? And if so, how did you select the songs?

Mr. Rydell: My manager and I selected the songs, submitted them to Cameo and they loved the idea.  This music was in my blood from my childhood and felt very natural that I record it - we did it with a touch of the contemporary and it worked.  When I started performing on shows like Red Skelton, Jack Benny, Perry Como  - this was the type of music they wanted me to perform on their shows - not the "Swingin' School," etc. 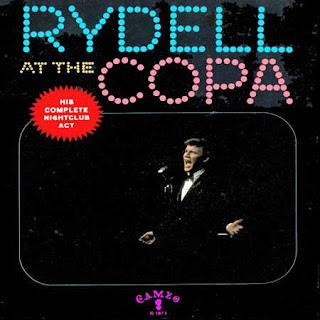 TVB: In 1961 you first performed at the Copacabana, in New York, and the album Rydell at the Copa features a recording of your nightclub set there. How did the contract at the Copa come about? Your repertoire seems to be more adult-oriented. Did you get to choose your set lists for your engagement at the Copa?

Mr. Rydell: My manager, Frank Day, was the brains behind the Copa job.  He felt I was "ready" to graduate from the rock and roll shows onto the night club circuit.  He hired a stage coach for me, taught me dance steps, stage posture - even had a script written for the show with jokes, song medleys - it was a smash.  I got rave reviews by the tough New York critics calling the show a "powder keg of talent."  It was a thrill beyond belief for me. At age 19 I went down in history as the youngest performer ever to headline the famed Copa.

TVB: One can't help but notice that both Salutes the Great Ones and At the Copa feature several songs associated with Al Jolson ("My Mammy," "April Showers," "There's a Rainbow 'Round My Shoulder"). Was Jolson one of your musical influences?

TVB: One of your most memorable movie roles came in the 1963 film musical, Bye, Bye Birdie. How did you get involved in this movie? Are there any memories of co-stars Ann-Margret and Dick Van Dyke that you would like to share?

Mr. Rydell: Ann and I are friends to this day.  She calls and checks in often.  When she does she asks if "Hugo" is there.  We were 2 kids back then.  My original role of Hugo did not call for any singing (in the stage version) and only a few lines.  My audition with Ann was magnetic and the producers decided to expand Hugo's role. They thought we were magic together and wanted to play that up to the younger audience.  Every day we came to the set my role got bigger and bigger.

TVB: Finally, after all these years, you are still performing. For instance, you toured Australia last year. That shows that you must really enjoy music. Do you still listen to much music these days? And if so, what kinds of music and artists do you like listening to?

Mr. Rydell: My tour schedule today is full. [You can check it out here.]  I work frequently in a show called The Golden Boys, which is a production by Dick Fox, my present manager.  We have been performing this production  to sellout audiences for the past 30 years.  "The Golden Boys" are (officially) myself, Frankie Avalon, and Fabian.  When this first started we joked it would be good for about 6 months—never dreamt that people would still be buying tickets 30 years later.  The show features old film footage of our teen idol days, lots of production numbers with the three of us together, we individually do our separate shows, then come back together for a tribute to our fellow performers who have passed on.  There's even a dance contest.  I also do my solo show in Las Vegas and around the country, which is a mix of my oldies and lots of my favorite "standards" big band style.  Some of my shows (like one I'm doing at the Golden Nugget in Atlantic City) are with eighteen-piece orchestras and are songs from the American Songbook. 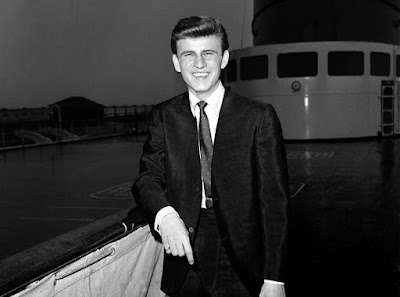 In 2012 I really thought it was over, though. I spent most of that year in and out of hospitals with tubes down my throat.  Never thought I'd sing again.  I needed a double organ transplant (kidney & liver).  Through skilled surgeons at Jefferson University Hospital in Philadelphia and my organ donor and the family who lost her, I am here today.  I'm still singing and telling my audiences the importance of becoming an organ donor.  They are able to come to the show because of one unselfish person. My donor's name was Julia, and she was in her twenties.

Of the artists today I'm especially fond of Diana Krall and Tower of Power. 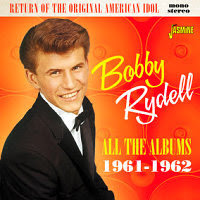 Posted by Anton and Erin Garcia-Fernandez at 10:57 AM No comments: