Unsung Vocalists of the Past 6: Johnnie Johnston 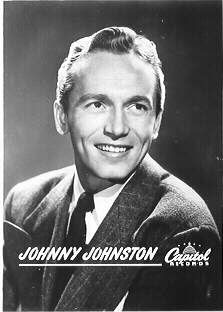 For a brief spell in the 1940s, it seemed as though Missouri-born crooner Johnnie Johnston was destined for stardom, both as a singer and as an actor. As one of the first artists to be signed to Capitol, Johnston was selling records in respectable quantities and appearing in movies with Bing Crosby and Bob Hope. A few questionable personal decisions and unfortunate career moves would eventually end it all, but the surviving recordings that Johnston made in the '40s and '50s amply showcase his talent and provide a good excuse to take a look at his short career.

Born in St. Louis in 1915 (he was just a few days older than Frank Sinatra, and so 2015 marks the centenary of his birth as well), Johnnie Johnston had a beautiful light baritone voice, which, together with his attractive looks, made him a natural to pursue a career as an entertainer. In the 1930s he began a short tenure as the vocalist with the sweet band of Art Kassel, but it was actually his radio and nightclub appearances that would make Hollywood and the record industry beckon. Therefore, Johnston—whose first name was occasionally spelled "Johnny"—soon found himself appearing in low-budget musicals such as Sweater Girl, Incendiary Blonde, and You Can't Ration Love. He was also cast in more important productions, notably Star-Spangled Rhythm, with Bing Crosby and Bob Hope, and This Time for Keeps, alongside Esther Williams and Xavier Cugat. In time he would even appear in one of the first and most popular rock'n'roll movies, Rock Around the Clock (1956), but by then his star had pretty much waned. 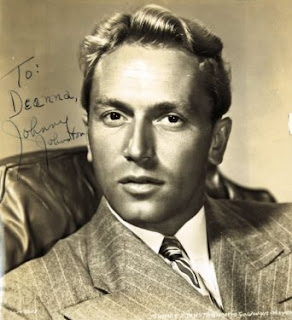 In 1942, Johnston became one of the first artists to be signed to the fledgling Capitol Records label and scored hits with "Spring Will Be a Little Late This Year," "(All of a Sudden) My Heart Sings," and "One More Dream." In 1945, his version of the haunting David Raksin and Johnny Mercer song, "Laura" peaked at number 5 on the Billboard charts for five weeks, and suddenly it seemed that Johnston had come to stay. Being slated to sing a couple of songs in the star-studded 1946 Jerome Kern biopic, Till the Clouds Roll By, with Sinatra, Lena Horne, and Judy Garland, among many others, certainly could not hurt, but here is where the Johnston story starts going awry. After filming two medleys with his future wife, Kathryn Grayson, Johnston seems to have gotten into a serious row with studio mogul Louis B. Mayer, which ultimately led to the deletion of his scenes from the final cut of the movie. Just why this argument came about is unclear seventy years later; Edward Chase, who wrote the liner notes for the only CD release of Johnston's recordings currently available, describes it in rather vague terms:

Then, so the story has it, Louis B. Mayer came onto the set, where Johnston, perhaps carried away with his incipient success, proceeded in a jocular way, and with coarse language, to humiliate him. The upshot was that Mayer, unforgiving, summarily dismissed him from the film, and ordered the actor's two completed scenes to be deleted from the final cut. 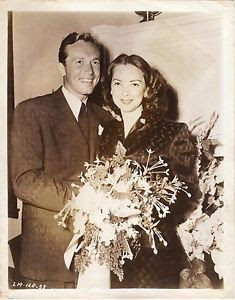 It is unclear why a newcomer like Johnston would feel that it was a good idea to "humiliate" a powerful man like Mayer, but whatever actually happened that day on the set, this run-in with the studio boss definitely hurt Johnston's career. Not only was he cut from the movie, but his subsequent recordings for MGM after leaving Capitol did not sell well, and Johnston never recaptured the momentum he had gained with "Laura" and his previous hit records. In 1947, following their meeting on the set of Till the Clouds Roll By, Johnston and Kathryn Grayson married, but their marriage only lasted until 1951. That same year Johnston starred in the Broadway production A Tree Grows in Brooklyn, a very promising show based on a novel by Betty Smith and with a score by none other than Arthur Schwartz and Dorothy Fields. The show, however, was a flop from which Johnston's career would never recover, and other than his appearance in Rock Around the Clock, his work would be limited to occasional television spots and a few nightclub dates. According to his New York Times obituary, Johnston had come out of retirement very seldom (for instance, to perform at Capitol Records' fortieth-anniversary party), and by the time of his death in 1996 in Cape Coral, Florida, he had been married six times. 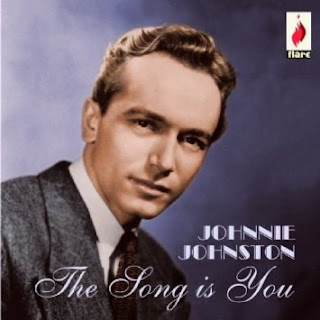 The only CD compilation of Johnston's recordings that is still readily available was released in 2007 by the British label Flare Records, and it features 24 of the best cuts he made for Capitol and MGM between 1944 and 1956. Though he is evidently influenced by Bing Crosby, he often sounds a little bit like a more mature Russ Columbo, which may actually indicate that he has been listening carefully to Frank Sinatra's early Columbia work of the period. This is particularly noticeable in his hit version of "Laura," which he sings in a softer, more understated tone than, say, Dick Haymes, who also recorded it around the same time. Unlike Crosby and Sinatra at that stage of their careers, Johnston used several different arrangers and conductors on these sessions, notably Paul Weston, Lennie Hayton, Sonny Burke, Carl Kress, and Lloyd Shaffer. Johnston did not always get to record first-rate songs, but besides the hits, there are quite a few gems here, including "Irresistible You," "There Must Be a Way," "Autumn Serenade" (memorably revived by Johnny Hartman on his album with John Coltrane), "Why Should I Cry Over You," "When You and I Were Seventeen," "As We Are Today," and "Melancholy Rhapsody." 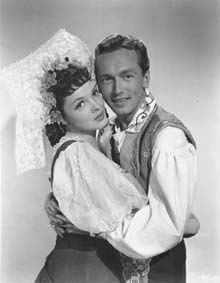 One of the tunes from A Tree Grows in Brooklyn, "I'll Buy You a Star," a little overdone in this Max Goberman arrangement, is also included, as is "I've Told Ev'ry Little Star / The Song Is You," the one surviving medley with Grayson from Till the Clouds Roll By (the other one they cut seems to have been damaged and lost forever). The CD closes with two songs from Cole Porter's Kiss Me Kate ("So in Love" and "Wunderbar") that Johnston recorded with Grayson (by then already his ex-wife and the star of the film version of that Porter musical) In Los Angeles in 1956. In my opinion, the pairing of Johnston's baritone and Grayson's operatic voice does not blend very well, and in any case, a light operatic approach was never Johnston's forte. But, overall, there is a wealth of attractive material here that more often than not suits Johnston extremely well and shows that his legacy definitely deserves to be better appreciated that it is today. 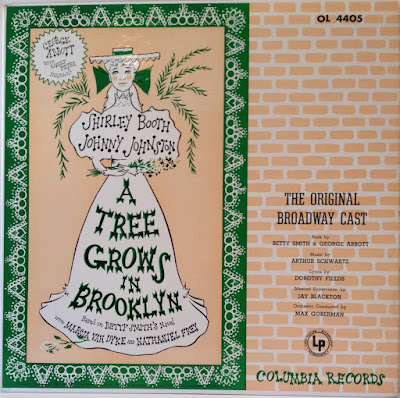 Posted by Anton and Erin Garcia-Fernandez at 8:49 AM

Labels: Johnnie Johnston, Kathryn Grayson, Unsung Vocalists of the Past