Interview with Singer Nancy Harrow on New CD Reissue: "The Beatles' songs should be considered part of the standard jazz songbook." 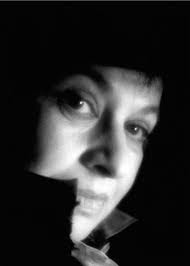 Though, of course, whole albums of compositions by the Beatles had been recorded before by the likes of Count Basie (Basie's Beatle Bag, 1966) and Sarah Vaughan (Songs of the Beatles, 1981), to name but two, Nancy Harrow's The Beatles and Other Standards is one of the few records that offer a mixture of songs by the Liverpool lads along with standards written by some of the foremost tunesmiths who created what we now know as the Great American Songbook. This is, perhaps, the only album that includes both Paul McCartney's "Yesterday" and Otto Harbach and Jerome Kern's "Yesterdays," in an attempt to show that the jazz world can benefit as much from Tin Pan Alley as from the British Invasion. And, in a way, Harrow also helps prove something of which there is really very little doubt: that the songs the Beatles wrote and made popular in the 1960s are as timeless as those that Ned Washington, Victor Young, Johnny Mercer, and Vincent Youmans composed just a few decades before. 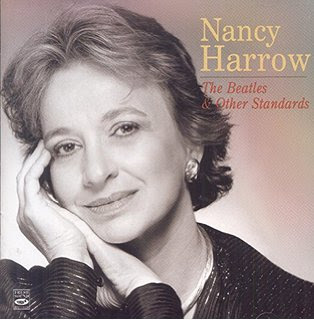 Harrow's collection of Songbook and Beatles standards was recorded in New York City in 1989 and originally released in Japan the following year. On the two sessions that were needed to complete the album, the vocalist was accompanied by a group of fine musicians led by pianist Sir Roland Hanna and including Bill Easley (saxophone, flute, and clarinet), George Mraz (bass), Grady Tate (drums), and Turkish-American percussionist Arto Tunçboyaciyan. Produced by John Snyder, this project evolved out of a close collaboration between Harrow and Hanna, who encouraged the singer every step of the way and acted as musical director. Harrow is obviously on her home turf with the standards, some of which ("My Foolish Heart," "More Than You Know") are beautiful vocal-piano duets with Hanna. The usually haunting "Nature Boy" benefits from a great flute introduction by Easley, and Harrow's cabaret-like approach to "When the World Was Young" is very appropriate and turns that track into one of the most memorable on the set.


Adapting tunes by the Beatles to the jazz idiom is always a challenge, but Harrow more than rises to it throughout the album. Her version of "Drive My Car" is infectiously swinging (Easley and Hanna shine on saxophone and piano, respectively), and "Got to Get You Into My Life" is stripped of all its Motown overtones and turned into a ballad. Harrow reinvents "Yesterday" and "Something," emphasizing their torch-like qualities. They are both punctuated by Tate's drumming, and Tunçboyaciyan's persussion stands out on the former. "Blackbird" and "Because" are two of the most intimate performances on the album, and "Here Comes the Sun" is given a very appealing smooth-jazz treatment. Overall, this is a very artistically successful album that proves that a good song is good no matter who wrote it or when, as well as showing that a good jazz treatment of a Beatles song can be as satisfying as any tried-and-true jazz standard.

As soon as I heard of the reissue of The Beatles and Other Standards, I dropped Nancy Harrow a line, and she promptly and graciously responded, agreeing to an interview for The Vintage Bandstand. The following interview originated as part of our correspondence, and in it Harrow offers some interesting insights into the concept and the recording of this album. 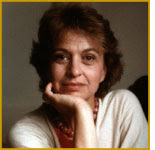 Anton Garcia-Fernandez (for The Vintage Bandstand): How did you come up with the concept of a jazz album of Beatles songs and classic standards? What does the music of the Beatles have in common with the music of Johnny Mercer, Jerome Kern, and Vincent Youmans?


Nancy Harrow: I had recorded one Beatles tune before this album was done. It was on my Street of Dreams album that I did with Bob Brookmeyer, and the tune was "Fixing A Hole." It came out very well, and in fact that tune became part of my working repertoire.  So I began to listen to more of the Beatles tunes which I knew from my sons' record collection.  I liked their lyrics and the humor in a lot of the songs, and it occurred to me to pair the tunes with known standards to show that they should be considered part of the standard songbook that jazz musicians draw on.  At that time many jazz musicians were openly hostile to the Beatles' music, I think because they were putting them out of business. In any case, it was difficult to persuade musicians I knew to do an album like the one I envisioned.  But Roland Hanna was not judgmental about anything in music, and he agreed to do the album with me.

TVB: How did you select the songs for the album? Was it a difficult process?

Ms. Harrow: I selected the songs in the same way I always select songs.  I look for lyrics that are meaningful to me and for melodies that linger in the mind.

TVB: What aspects did you find challenging as you adapted these songs by Lennon, McCartney, and Harrison? Did you approach the standards and the Beatles tunes differently?

Ms. Harrow: The standards came more naturally to me, but the Beatles tunes were a challenge to sing in my own style rather than in theirs.  And this was made much easier for me because Roland was playing them.  The way we did them evolved during our rehearsal sessions.

TVB: The album was cut in New York City in two sessions in May 1989. Jazz greats such as pianist Sir Roland Hanna, bassist George Mraz, and drummer Grady Tate were on hand for the date. What memories do you have of those sessions?

Ms. Harrow: I remember our rehearsal sessions even more than the recording session.  Roland was in a Broadway musical at the time, and we were rehearsing somewhere near the theatre because his time was limited.  I particularly remember his influence when we were rehearsing "Drive My Car," because we were both amused by the humor of this tune, and Roland suggested I say "and maybe I'll luhve you" -- not sure you can get this from my spelling, but you can hear it on the CD.  At the session, I remember Grady's suggestions about improvising on the lyric, which were helpful to me.  This was the first of many albums I did with both Roland and Grady together.  I also worked with Bill Easley and George Mraz on other projects, and did a club date with Arto Tunçboyacian afterwards. They are all great musicians, and I'm so glad this CD is now reaching audiences outside of Japan.

TVB: The album was originally released in 1990 by Emarcy for the Japanese market, where your work has always been very well received...

Ms. Harrow: John Snyder was the producer of this album, but it proved to be a difficult sell to record companies in the U.S.  I sent it to a record company in Japan who had released other CDs of mine, and they took it right away.  It turned out to be quite successful in Japan, and actually has had two releases there.  But no one until now has reissued it and distributed it worldwide.  I am so glad that Jordi Pujol [owner of Fresh Sound Records] has done that, because there are several songs on the CD that are among my favorite recordings.  I like the duets with Roland on "My Foolish Heart" and "More Than You Know" (Roland has a great solo on that tune), and I like "Drive My Car" and "When the World Was Young."  Roland's arrangement of "Yesterday" I think is terrific.  So I am very pleased it is finding a wider audience at last.


TVB: In your opinion, what is appealing to Japanese audiences about jazz? What is special to you about performing in Japan?

Ms. Harrow: The Japanese audiences are amazing.  I didn't actually perform there when this CD came out.  But in 2006, 2007, and 2008 I had club dates and a concert in Japan, and they did a Japanese version of my puppet show, Maya the Bee, which toured for two years in Japan.  The audiences there are so warm and welcoming -- it was a unique and wonderful experience to be there. TVB: The European label Fresh Sound Records, of Barcelona, Spain, has shown interest in reissuing your work. A few years ago they released two of your 1960s albums, the excellent Wild Women Don't Have the Blues and You Never Know. Are there any plans for further releases in the near future?

Ms. Harrow: It was a surprise when Fresh Sound in Barcelona reissued my first two albums in one CD.  I didn't realize that in Europe the CDs become public domain after fifty years.  But it was such a pleasant surprise, because they did such a beautiful job on the CDs.  I just met Jordi Pujol a few weeks ago when I was in Barcelona.  We had only corresponded before that.  I am so happy to have found a new home for my early CDs, and now this Beatles album.  The next one they will release is The John Lewis Album for Nancy Harrow, which will be done very soon.  And there are plans ahead to do my Street of Dreams album as well, which has gone out of print.  So this is a very happy new relationship.

To read more about the reissue of The Beatles and Other Standards, you can go here. If you would like to purchase the CD, you will find it here. Fresh Sound Records also released two of Nancy Harrow's 1960s albums not long ago, and you can access my review of that reissue here. Finally, more information about Nancy Harrow is available on her homepage.

Posted by Anton and Erin Garcia-Fernandez at 3:20 PM