I recently received an e-mail from one of our readers inquiring about an article I wrote a few weeks ago about French pianist Jack Diéval. The message came from Noal Cohen, who, along with his friend and fellow jazz enthusiast, Michael Fitzgerald, has written and published the only biography of alto saxophonist Gigi Gryce currently available—Rat Race Blues: The Musical Life of Gigi Gryce (Rockville, MD: Current Research in Jazz, 2014, Second edition). I asked Mr. Cohen if he would be interested in writing a brief portrait of Gryce for The Vintage Bandstand that also featured some information about his highly recommendable book. I was extremely pleased and grateful when he agreed, and it is an honor to publish his excellent piece here. It is followed by some further information about Cohen and Fitzgerald, some indispensable online resources on Gryce's work, and four recommended albums by Gryce that any serious jazz fan should own.

A Portrait of Gigi Gryce, by Noal Cohen

When alto saxophonist Gigi Gryce died in 1983, his legacy was but a distant memory. While regrettable, this is not terribly surprising in view of the fact that some twenty years earlier, he had changed his name and abandoned his career as a performing musician, arranger, composer, and music publisher. Yet during the decade that he was part of the vibrant 1950s New York City scene, his many contributions were highly regarded. Evidence of his status among the jazz elite can be seen in Art Kane’s iconic 1958 photograph A Great Day In Harlem, where Gryce is found at the extreme left in suit, tie, hat, and perhaps most characteristically, with a folio under his arm, no doubt containing music. There he stands among jazz giants like Count Basie, Sonny Rollins, and his friend Thelonious Monk, whom he had shepherded to the photo shoot that memorable summer day. 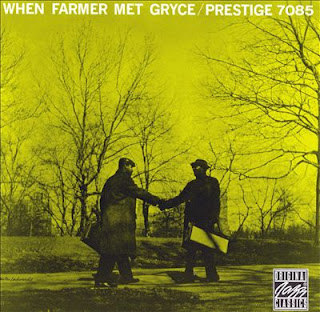 Although eventually overshadowed by his longer-tenured contemporaries, Gryce participated in many recording sessions between 1953 and 1961, often as leader, and he composed prolifically, with his body of work including such frequently performed pieces as “Minority” and “Social Call.” His talents and interests, however, extended beyond the boundaries of those usually associated with jazz artists. He was a pioneer in music publishing and served as a mentor to younger aspiring musicians who needed assistance with problems both musical and professional. Serious, dedicated, clean-living, conservatory-trained, and always willing to pass on his extensive musical knowledge to others, Gryce was far from the stereotype of the jazz musician of his time.

Throughout his career, he collaborated with a number of noted trumpet players including Clifford Brown, Art Farmer, Donald Byrd and Richard Williams. With Byrd, he co-led an ensemble known as the “Jazz Lab” which made a number of highly regarded recordings in 1957 but disbanded soon thereafter. Along with the Max Roach-Clifford Brown Quintet, Art Blakey’s Jazz Messengers and the Horace Silver Quintet, the “Jazz Lab,” with its structured but strongly swinging approach, set the tone for the sub-genre known as “hard bop” that had taken hold during this period. Gryce’s last ensemble was called the “Orch-Tette” and added vibraphone to the saxophone-trumpet front line. 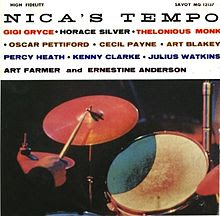 As a music publisher, his pioneering efforts to protect composers’ rights were courageous but ill fated and led to serious professional and personal difficulties. In 1963, he left music and became a teacher in the New York City school system using his Muslim name, Basheer Qusim. For twenty years, he taught at several schools, most notably C.E.S. 53 in the South Bronx, renamed “The Basheer Qusim / G.G. Gryce School” in his honor after his death.

In many ways, the story of Gigi Gryce is an uplifting one. He overcame the institutionalized racism of the Deep South, poverty, the ravages of the Great Depression, and the untimely loss of his father. He was able to secure a college education (Boston Conservatory), which provided him with tools that he would exploit effectively in ascending to prominence on the New York jazz scene. But while leaving a substantial legacy of recordings and compositions, his goals and aspirations were never truly fulfilled. Certainly his musical career ended prematurely in the early 1960s when his dreams were shattered in the wake of personal and professional turmoil. There was so much more he could have achieved if circumstances had been different. Yet even with these disappointments he was able to reinvent himself as a superb public-school teacher who commanded the respect and admiration of students, teachers, and parents alike. 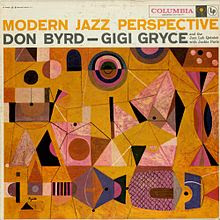 Gryce may not have cut the widest swath among the many musicians of his era, but his is a story worth telling. It presents an individual who existed in a strange environment that stood in contradiction to many of his fundamental beliefs. Despite this, he was able to work with the absolute cream of the crop in the exceedingly competitive jazz world. He recorded for major labels as well as small independents, and those records as well as the compositions on them continue to hold interest more than a half-century later. 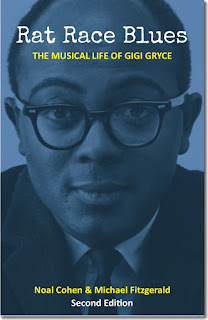 The seeds of Rat Race Blues: The Musical Life of Gigi Gryce were sown in the 1950s when as a teenage jazz aficionado and aspiring musician, I discovered Gryce’s recordings. I found the music original, intriguing and memorable and was always surprised and disappointed that it never seemed to receive the exposure and acclaim I thought it deserved.

Fast forward to 1997 when I met a kindred spirit in intrepid jazz scholar Michael Fitzgerald. After some discussions, a partnership was established regarding research on Gryce who, by that time, had been dead for fourteen years. It soon became apparent that what was known about Gryce was often inaccurate and represented only a fraction of an oeuvre that was as fascinating as it was unexpected. These studies led to a journal article and a presentation at the Institute of Jazz Studies at Rutgers University in Newark, New Jersey in 2000. The first edition of the book was published by Berkeley Hills Books in 2002 whereupon it received uniformly good reviews and a 2003 award for “Excellence in Recorded Sound Research” from the Association for Recorded Sound Collections. The second edition was published in 2014, this time under the Current Research in Jazz imprint, with updates from another decade’s worth of research.

Michael Fitzgerald is electronic services librarian at the University of the District of Columbia, home of the Felix E. Grant Jazz Archives. He is founding editor of the open access online journal Current Research in Jazz and is jazz research director of the website www.jazzdiscography.com.

Posted by Anton and Erin Garcia-Fernandez at 9:07 AM