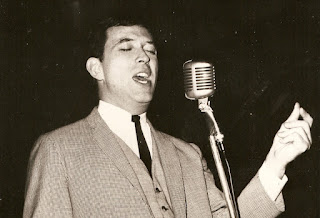 Barely a week ago, on October 22, the great singer Mark Murphy passed away in New Jersey at 83. Throughout his long career, which was characterized by a tireless effort to promote jazz and educate listeners about it, Murphy never got the kind of recognition that the high quality of his work should have warranted. Noted critic Will Friedwald states in his Biographical Guide to the Great Jazz and Pop Singers that Murphy and Betty Carter were "major influences on virtually all the well-regarded singers of the current generation" (348). Friedwald is not exaggerating in the least, for Murphy was an outstanding singer who was deeply dedicated to his craft and who was often more appreciated by other singers and musicians than by the public at large. And that is too bad, because pretty much everything he recorded—including singles and albums for major labels like Capitol and Decca—is worth a listen. His very personal style was rooted on his unique sense of rhythm, as well as on his knack for experimenting with melodies and lyrics, often singing as though he were playing an instrument. There is always an element of surprise and excitement to Murphy's recorded work, as he is constantly willing to improvise and to take the listener to unexpected places in the process. 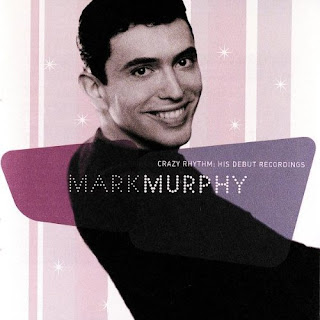 Although it is always a good idea to check out Murphy's albums such as Meet Mark Murphy (Decca), This Could Be the Start of Something (Capitol), and the essential Rah! (Riverside), listening to his mid-'50s sides for Decca is quite a revealing experience. A good sample of his Decca work is available on Crazy Rhythm: His Debut Recordings (GRP Records, 1999), a collection of twenty tracks cut in 1956 and 1957, all of them masterfully arranged by Ralph Burns, who proves to be a worthy associate, understanding and complementing Murphy perfectly. Even at this early stage of his career, it seems obvious that there is something special to Murphy's voice, and all the defining features of his style—daring improvisation, unique sense of rhythm and timing, eclecticism—are already apparent, and not precisely in embryonic form, as one would expect. As Doug Ramsey rightly observes in the liner notes, by the mid-'50s, Murphy "had polished his gifts in harmony, shaped his vocal line and assumed command of phrasing and time to a degree that few singers attain." Ramsey is also correct in his description of Murphy's agenda as a youthful jazz singer: "He was a vocal artist in the service of a song, not a pop singer driven by visions of the Top 40." And, sadly for his pocketbook but happily for jazz fans, this may well be one of the reasons why his records were never as commercially successful as they should have been.

This attitude of being in the service of a song somewhat likens him to Frank Sinatra, who, around the same time that Murphy was recording for Decca, was in the midst of creating the most artistically valuable albums of his career for Capitol, often reviving songs that had been long forgotten. Murphy's work for Decca reveals two clearly defined sides to his artistry: the fearless rhythm improviser and the sensitive ballad singer. The former is well represented in Crazy Rhythm by the title track, as well as "Fascinating Rhythm," "I Got Rhythm," and "Ridin' High," among others. There is such a feeling of enjoyment in Murphy's singing that it is no wonder that so many songs have the word rhythm in their titles! The latter is best appreciated on "Takin' a Chance on Love" (which includes the verse), "A Nightingale Sang on Berkeley Square," and, particularly, on Murphy's masterful rendition of "I Guess I'll Hang My Tears Out to Dry." But that is not all: Murphy can also be soulful and bluesy when he feels like it, as on "If I Could Be with You (One Hour Tonight)." He gives "Limehouse Blues" a very appropriate Asian flavor, and he already shows a penchant for choosing unusual and lesser-known songs, such as "Elmer's Tune," "The Lady in Red," and "Little Jazz Bird." Murphy will be greatly missed by vocal jazz aficionados, but luckily we still have his wonderful albums. These early recordings are definitely a good place to start listening to Mark Murphy, and they are essential to a proper understanding of his later work.


Other Albums by Mark Murphy

Fortunately, a good number of Murphy's albums are back in print on CD thanks to the European label Fresh Sound Records, who has recently reissued quite a bit of his work. His complete Decca recordings are available on The Singing M: The Complete Decca Recordings, and two double CDs entitled Mark Murphy Sings and Orchestra Conducted by Bill Holman feature albums he cut for Capitol and Riverside. A further CD from Fresh Sound includes the Riverside album Rah! and the Capitol outing Mark Murphy's Hip Parade. Other CDs by Mark Murphy that are well worth seeking out, although they may not always be easy to find are A Swingin' Singin' Affair (Fontana), Midnight Mood (MPS Records), Sings Mostly Dorothy Fields and Cy Coleman (Audiophile), and Stolen Moments (Muse Records).

Posted by Anton and Erin Garcia-Fernandez at 8:51 AM