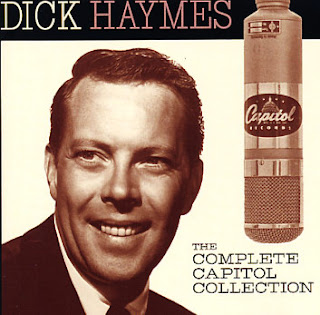 Throughout his career, Dick Haymes crossed paths with Frank Sinatra several times. In 1940, when Young Blue Eyes left the Harry James Orchestra to join the more popular Tommy Dorsey, James replaced him with Haymes. In turn, when a couple of years later, Sinatra decided to strike out on his own, Dorsey was quick to find a replacement for his star singer in none other than Dick Haymes. Eventually, Haymes would also go solo, becoming one of the most successful pop singers of the 1940s and scoring more million sellers than Sinatra in that decade. Unfortunately, some of Haymes's choices both personally and professionally were not the best, and his many failed marriages and drinking problems hindered his career.

By the mid-1950s, the careers of both singers had hit rock bottom, and in an attempt to revive his, Haymes signed with Capitol, the label for which Sinatra was recording at the time. As we know, Sinatra returned to the top at Capitol thanks to a series of outstanding concept albums arranged by Nelson Riddle. As good as Haymes's two LPs for Capitol were, he never regained the popularity that he had enjoyed in the forties. This two-CD set presents Haymes's complete output for Capitol: the two LPs (Rain or Shine and Moondreams), the lesser-known singles, and some outtakes that give us a glimpse of Haymes working in the studio. The booklet, illustrated with a handful fo photographs, includes some very interesting liner notes by Ken Barnes that provide some background on the recordings. 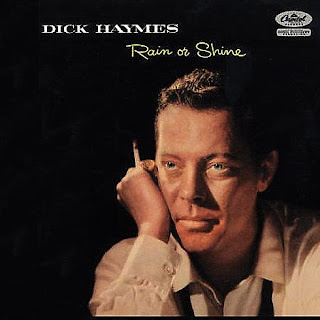 When Haymes cut the tracks for Rain or Shine in December 1955, his marriage to Rita Hayworth was crumbling, but in spite of the trouble in his personal life (or perhaps because of it), he turns in one of the best performances of his career as he runs through a lovely selection of ballads, some of which (like "The More I See You" and "You'll Never Know") he had already recorded in the forties. However, the treatment here is rather different, with very subtle, lyrical string arrangements by Ian Bernard, and Haymes singing at his most introspective and intimate. He would return to the studio in April 1956 to lay down the tracks for his second album, Moondreams, which once again presents Haymes as what he really was: a superb ballad singer. This time he is backed by a full orchestra in some of the selections and by a jazz-influenced group (including great musicians such as Al Hendrickson, Joe Comfort, and Jimmy Rowles) in some others, but the emphasis is still on slower tempos that bring out the best in the vocalist.

The material intended for release as a single pales by comparison with these two full-blown LPs, although there is a rendition of "Love Walked In" that proves that Haymes could swing easily when called upon to do so. Even though these sessions did not produce any big hits for Haymes, in hindsight they remain important highlights in his career, and we are fortunate to have all these recordings put together in one outstanding collection. Will Friedwald rightly described the enduring appeal of Haymes's vocal artistry in his highly recommendable book Jazz Singing (Da Capo, 1996): "You can listen to Haymes records for hours and hear only medium-slow ballads, and still be interested enough to keep right on listening." I certainly agree, and I am sure that, once you listen to this collection, you will, too! 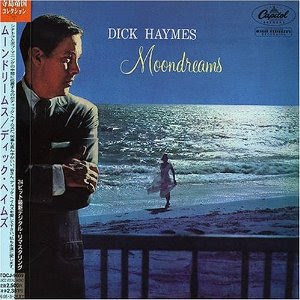 LONG AGO AND FAR AWAY

Posted by Anton and Erin Garcia-Fernandez at 9:23 AM

I agree with your comments, except to say that the single, "Now At Last I Know," is the equal of any of the LP tracks. Brother Bob Haymes wrote it and it deserves standard status.

Thank you very much for your comment about my article on Dick Haymes. I am sure that by now you probably know that Haymes is one of my favorite singers of all time...

I agree with what you say about "Now at Last" -- I went back and listened to the track again, and it is indeed a great song, the equal of any of the tracks on the LPs. However, I think it would not completely fit within the framework of any of the two albums, which are made out of standards and songs closely associated with Haymes. That is surely why it was intended for release as a single, but what I don't understand is why it did not become a hit, since it is certainly a beautiful, very evocative song.