Christmas with Bing, Frank, and Dick: Three Essential Voices for the Holiday Season 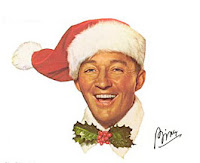 Now that the holiday season is approaching and that the cold winter weather is beginning to hit Martin, Tennessee, I have had some time to write some more material for the blog. And so, after a few months, I return with a few reflections on three great singers whose music is a constant presence with my wife and me every year around this time.

So pervasive is the influence of Bing Crosby on the way people worldwide perceive and imagine the holiday season that it seems almost unthinkable that there was ever a time when Bing did not warm up our holidays by crooning Irving Berlin's evocative lyrics about treetops that glisten and children who listen for sleigh bells in the snow. In fact, Crosby's soothing voice singing about a snow-covered white Christmas landscape often makes us forget that in at least half the world, the Christmas season, though perhaps still merry and bright, is not that white or that cold at all! Crosby's warm baritone has become as much a part of the Christmas tradition as Santa Claus, fir trees, and kisses under the mistletoe, and therefore, the title of a two-CD compilation of his complete Yuletide classics recorded for Decca, The Voice of Christmas, hardly sounds like an overstatement. Indeed, it is at Christmas that we are most likely to hear Crosby's voice on the radio, at the shopping mall, and anywhere that Christmas music is played, and more often than not, it will be Bing's timeless version of "White Christmas," an Irving Berlin evergreen that has proven so popular that Jody Rosen has devoted a whole book, White Christmas: The Story of an American Song, to chronicling the inception of such a prodigious hit. 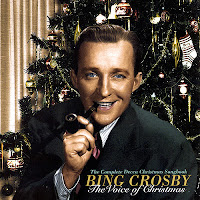 The Voice of Christmas, containing Crosby's entire Christmas songbook on Decca, is certainly the perfect place to begin not only one's acquaintance with Crosby's seasonal recordings but also any Christmas music collection. Starting with Bing's earliest Christmas sides, the original 1935 versions of "Silent Night" and "Adeste Fideles" (the latter featuring Bing singing in Latin), and ending with studio cuts of tunes from the 1954 Bing Crosby-Rosemary Clooney-Danny Kaye musical White Christmas, the set is arranged roughly in chronological order and is a treasury of great Christmas recordings, both traditional and modern, well known and obscure, always brought to life by the familiar voice of Crosby in his prime. Among the lesser-known gems on here are "O Fir Tree Dark," "That Christmas Feeling," "Looks Like a Cold, Cold Winter," "The First Snowfall," and "Is Christmas Only a Tree." All the cuts in the Crosby Christmas canon are also featured, including "I'll Be Home for Christmas," "Jingle Bells" (a classic duet with the Andrews Sisters), "It's Beginning to Look a Lot Like Christmas," "Santa Claus Is Comin' to Town," "Silver Bells," and of course, "White Christmas," which is presented in four different versions. It must be remembered that Bing was a pioneer when it came to recording Christmas songs in the pop field, and although he sang countless holiday tunes on the radio and on television, and made further Christmas recordings for other labels (Capitol, for instance), his Decca sides represent the finest of his Yuletide output. 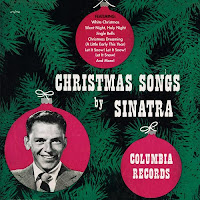 Following in Crosby's footsteps, Frank Sinatra made some impressive Christmas recordings for Columbia in the mid-1940s, originally released on the album Christmas Songs by Sinatra at a time when Young Blue Eyes was vying with Der Bingle for the title of the country's most popular singer. Graced by beautiful arrangements from Axel Stordahl, the album spotlights Sinatra's crystal-clear voice on a handful of titles that mix traditional carols ("O Little Town of Bethlehem," "Silent Night, Holy Night") with contemporary songs ("Santa Claus Is Comin' to Town"). Appropriately, the set kicks off with Sinatra's version of "White Christmas," with an arrangement in which Stordahl deliberately steers clear of the original John Scott Trotter chart for Crosby, while Sinatra successfully attempts to adapt the song to his intimate style of the 1940s. Many of the other songs that make up the album had also been recorded by Crosby for Decca, and they underscore both the differences and similarities between both vocalists at this point in time. One of the tracks, Irving Gordon and Lester Lee's wistful "Christmas Dreaming (A Little Early This Year)," stands as one of the highlights of the set, a surprisingly little-recorded gem that certainly deserves more recognition than it has garnered. Columbia reissued Christmas Songs by Sinatra on CD in 1994, with informative liner notes by Roy Hemming and some very interesting extra tracks, including several unreleased alternate takes. Many of these bonus offerings are notable because Sinatra never got around to recording them commercially: that is the case with a medley of "O Little Town of Bethlehem," "Joy to the World," and "White Christmas" taken from a V-Disc; a radio broadcast reading of Franz Schubert's "Ave Maria"; and a jumpy radio version of Johnny Mercer's "Winter Wonderland." 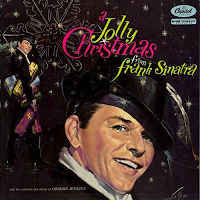 Sinatra would not record another holiday album until 1957, during his successful tenure with Capitol Records, when he released A Jolly Christmas with Frank Sinatra. The arrangements, rather restrained and beautifully simple, are provided by Gordon Jenkins this time, and with yet another mixture of traditional and more modern material, Sinatra tries to update his approach to singing seasonal tunes. As Will Friedwald observes in his study Sinatra! The Song Is You, Frank "sounds much more authoritative and majestic in his maturity" (338); this is, indeed, a much more mature effort than his Columbia Christmas sides, which is particularly evident in tracks such as "White Christmas," "Jingle Bells," and "Have Yourself a Merry Little Christmas," which he had already attempted in Christmas Songs by Sinatra. Jenkins's arrangements are sometimes playful, as in the opening track, a bouncy rendition of "Jingle Bells" with the backup choir chanting "I love those J-I-N-G-L-E bells!" or in the Sinatra-penned "Mistletoe and Holly." But the majority of the charts tend to be slower and more introverted, as is the case with Mel Torme's "The Christmas Song," the Crosby classic "I'll Be Home for Christmas," and Sammy Cahn and Jule Styne's "The Christmas Waltz," and it is precisely on these numbers that the more mature Sinatra really shines. Undoubtedly, both albums are highly recommended, inasmuch as they both contain excellent holiday music from two starkly different periods of Sinatra's career. 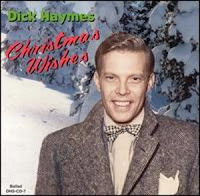 Just why Dick Haymes never got around to releasing an entire album of Christmas songs, like most of his fellow contemporaries did, remains one of the most astonishing mysteries in the history of classic pop singing. Having replaced Frank Sinatra as the featured boy singer with both the Harry James and Tommy Dorsey orchestras, Haymes struck out on his own in 1943, embarking on a very successful solo career and quickly becoming one of the most popular vocalists of the 1940s. With his rich, deep voice, he distinguished himself as one of the most accomplished ballad singers of the era, yet though he occasionally cut the odd Christmas song, for some unknown reason he and his record producers never saw fit to issue an album wholly made up of seasonal favorites. Fortunately, Haymes did feature his share of Yuletide numbers in his live radio appearances, as well as on radio transcriptions, and in 2002, Ballad Records gathered nineteen of these on a CD entitled Christmas Wishes. This album clearly underscores just how unfortunate it really was that Haymes never offered his many fans a studio album of Christmas songs. The material on Christmas Wishes ranges from well-known traditional and modern carols to more obscure sacred songs and hymns, with Haymes ably accompanied by orchestras conducted by Victor Young, Carmen Dragon, and Gordon Jenkins, as well as by vocal groups like the Travis Johnson Singers, the Ken Darby Singers, and the Modernaires. 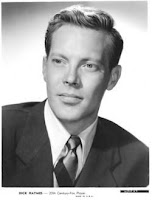 Some of the selections, such as "I've Got My Love to Keep Me Warm," "All Through the Night," and "Button Up Your Overcoat" (a charming duet with Martha Tilton), hardly qualify as Christmas songs, but they do maintain enough of a winter theme, in the manner of Dean Martin's concept album A Winter Romance, to justify their inclusion in the set. Haymes, like Sinatra, was one of the few vocalists that recorded "Christmas Dreaming" (Harry Connick, Jr., is another one, in more recent times), beautifully performed here with a very subdued arrangement courtesy of Gordon Jenkins. Haymes even attempts a Western-styled Christmas song, the lesser-known "Santa Is Ridin' the Trail," and his deep baritone shines in his excellent rendition of "What Are You Doing New Year's Eve?" That sadly hopeful Frank Loesser classic closes a set that successfully does its part to restore Dick Haymes to the classic pop Christmas canon. It certainly makes for some very enjoyable listening: my wife, Erin, gave it to me as a Christmas present last year, and I have already lost count of the number of times that we have listened to it together!
Posted by Anton and Erin Garcia-Fernandez at 8:20 AM